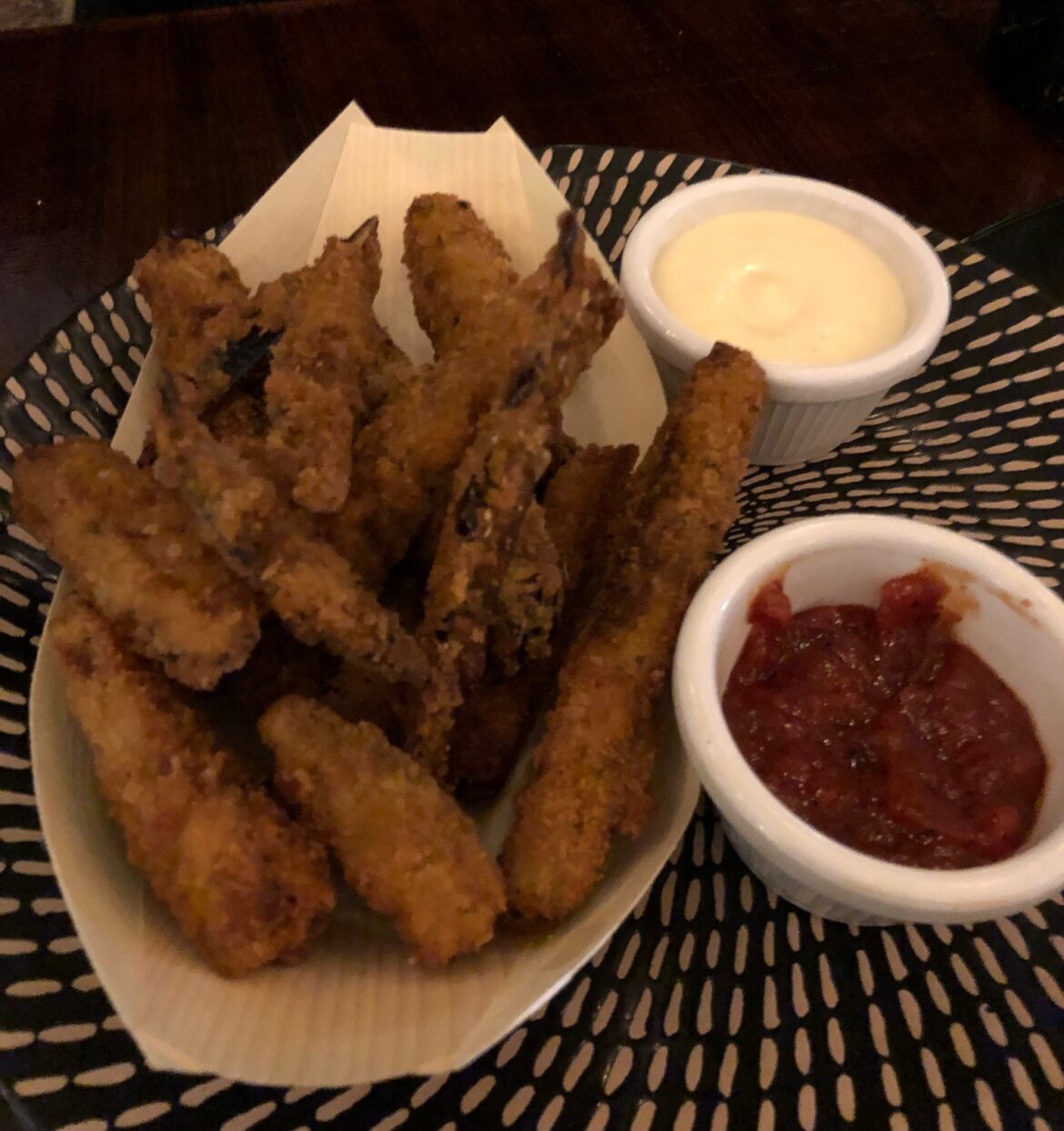 Yes, I know I’ve already had fried eggplant, but it was on the menu of an Italian restaurant near where I live (Noci in Cleveland) so we decided to get it. I was having dinner with my sister, and also Tim. It didn’t take much convincing to get the eggplant and also another starter – the garlic pizza bread.

So the eggplant is yum, and it isn’t like anything I’ve had this year. It was fried in strips and was a bit like chips – it also had crumbs. It was yum (yep that word deserves repeating), but i had to leave room for my main meal which was schnitzel. It came out and was huge – no I didn’t eat all the chips (as there were too many).

So we had a fantastic dinner and there was eggplant dish number 32. Not too many more left to do.